Mr Benn was a children’s animated tv character created in the 1970s and still very popular throughout the 1980s but It seems that Mr Benn was a true 21st century man, well ahead of his time. He had many strings to his bow, kept in the form of outfits at his local fancy dress store. He would go into the fitting room and then reappear as a cook, a zoo keeper, a diver, a cowboy or a clown, displaying a flexibility which is key to surviving as an artist today. Being a musician also requires this repertoire of guises to keep the wheel turning and the latest addition to mine is as roving reporter for The Funkin’ Arts Radio Show on The Source 96.1FM.

This means, clad in journalistic garb, borrowed from Mr Benn of course, I will be finding out what is going on in the world of music and sound, here in the far west of the country. Cornwall is quietly exploding with art and performance ventures so it will be a perfect excuse to roam around this creatively volcanic region. I also hope to find people who have had contact with Cornwall and been driven to compose as a result. I am sure that just one visit to this unique part of the world could produce a whole album, if not many!

What do you think I should be covering on the show? Leave your ideas in the comments below and I will get roving! 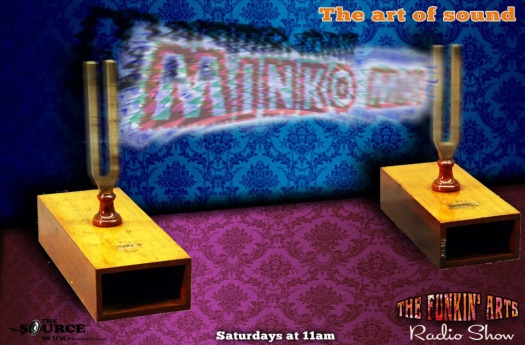